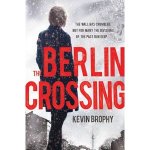 Michael Ritter has always been loyal to communistEast Germanybut in the new, re-unifiedGermanyhe is suspect because of it. In the course of a day he is fired from his job as an English teacher and on getting home he finds that his mother is dying. With her last breath Michael’s mother asks him to find a pastor in a distant town who will reveal the secret of his paternity. All in all, a satisfyingly brisk opening that keeps you reading.

Michael is an interesting character, out of place in this new Germanywith its “brave new vision of a consumer-driven society” and mourning the loss of order he found in East Germany where “allegiance brought its own rewards”. Michael has not only lost a country but faith that his life has had any meaning; spying on one’s neighbours and the brutality of the Stasi are only acceptable prices to pay if he can believe that East Germany was a good place to live. Michael, like Marlow in Joseph Conrad’s Heart of Darkness, has been loyal to the nightmare of his choice but that is now “loyalty that they would immediately brand as betrayal”. Without the certainty of a country Michael has to fall back on finding meaning in his family but his wife has left him, his mother is dead and he has never known anything about his father.

Kevin Brophy then takes us back to the life of Michael’s father, a restless Irish student who is coerced into spying for the British government. We are introduced to the novel’s most imaginatively drawn character, the spymaster Fitch-Bellingham, the hyphen establishing what a dastardly well-bred Englishman he is, who is disillusioned by his country and the things he does to protect it: “We guard the night, we stand sentry at our borders.” The secrets of Michael’s paternity are exposed, as are the reasons behind his mother’s silence on the subject, though as a plot this is rather slender and as the plot of a spy novel it would not get past the script editor of Spooks.

The Berlin Crossing is not in the class of John le Carre, lacks the intricate historical recreation and plotting of Alan Furst while his publisher’s comparison with William Boyd exposes Kevin Brophy to a competition he is never going to win. Yet The Berlin Crossing is an enjoyable novel, its virtues have more to do with writers such as John Braine and Alan Sillitoe. There’s an emotional accuracy about Brophy’s descriptions of life under Communism, the cigarette smoke, brown furniture and sloppily made coffee of east Berlin rings true. The Berlin Crossing’s great strength is its understanding of tangled loyalties to family and country, the frustration of being young in a political system inimical to individuality (as true for the consumerist, re-unified Germany as East Germany) and the sense of personal failure that can make an individual cling to a political ideology.

I hope that Kevin Brophy is already at work on a second novel, but one in a more realist vein where his real gifts can fully express themselves. We need a novelist in the vein of Alan Sillitoe more than we need another Cold War thriller.

Any Cop?: Kevin Brophy is a talented writer (although perhaps not in imaginatively plotting a spy novel) with a depth and precision that bodes well for his future.