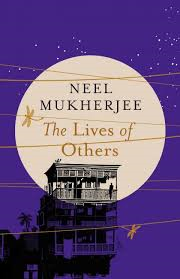 The Lives of Others focuses on the Ghoshes, a Calcutta based family, and the events that shape their existence between the years of 1967 and 1970. This was a time of political uprisings and tension in India, with the Naxalbari movement and its opposition to government rule leading to violence, corruption, and controversy, despite its well meaning intentions. This subject will be familiar fodder to anyone who read Jhumpa Lahiri’s Booker shortlisted The Lowland last year, and it should come as no surprise that the judging panel have deemed similar themes worthy of nomination once again. This is weighty, and apparently trendy, material. But does The Lives of Others deliver beyond that?

In some ways, yes. Mukherjee takes on the topic in an interesting fashion. Rather than focusing solely on Supratik, the character who becomes a Naxalite, he extends the discussion to a family of three generations. Seventeen characters, from grandparents to grandchildren, are given full voice in the novel. Some receive more attention than others, but almost all of them receive enough space to be considered as a central protagonist. A few of these characters are fascinating. Somnath, the rebellious and violent sibling, brings some of the better storylines to the book. He is the most morally reprehensible character, but easily the most interesting. In the tale of Priyo and Chhaya, brother and sister but also something disturbingly other, we have a story that would benefit from being given a whole novel of its own. A weird connection. A single event that sparks a lifelong love for one and a fetish that can only be fulfilled by prostitutes for the other. This is intriguing stuff, but, because of the many other stories that surround it, it does not get the focus it deserves.

And there lies the problem with the whole novel. For every story of a rebellious youth and bizarre fetish, there is a chapter about the types of paper made in a factory or one of the grandchildren’s obsessions with prime numbers. For every riveting and involving twenty pages, there are forty that dull the progress and make the novel feel much longer than it needs to be. While obviously well written, it is a shame that the less powerful stories take up more room than those that really make you take notice.

And then, there’s Supratik’s story. Despite the author’s insistence on also focusing on ‘the lives of others,’ it is Supratik that we return to in every other chapter. As he leaves the family home to follow his Naxalite comrades into the villages they wish to free from indenture, we read his words in the form of letters to an unnamed member of the Ghosh family. We read of his hard work in the fields, his move to aggressive political action, and the way his politics morph into something more violent. But despite the action of these sections, they read in a somewhat turgid and long winded manner. What should be the most exciting and involving parts of the novel, actually fade in significance compared to the better moments of the family narrative.

Any Cop?: Despite an attention grabbing prologue and an exciting premise, the novel never actually seems to get off the ground. By trying to fit so many stories in, it feels as if the full five-hundred-and-something pages are introduction. Just as a story gets going, another takes its place. And only Supratik’s story really seems to be given a full and comprehensive ending. There was much more to say about many of the seventeen characters, but a lot sadly remains unsaid.

Hollow by B Catling

The Lady from the Black Lagoon by Mallory O’Meara

Are You Enjoying? by Mira Sethi

A Shock by Keith Ridgway

Winter in Tabriz by Sheila Llewellyn