Bookmuncher’s Books of the Year 2014

It’s that time of year when we ask all of the people who regularly write for Bookmunch to shout about the book (or books) that have rocked their worlds in 2014 – so here you’ll find comics, short story collections, nonfiction, fiction in translation, best sellers, books that should have been bestsellers and books that possibly slipped quietly below the radar. Hopefully there will be one or two things here that are already on your own end of your list or pique your interest enough to send you scurrying off to your local bookshop.

Dan Carpenter: My favourite book of the year is a comic, and it’s a comic that hasn’t even finished yet. I’m going to put my money on Multiversity being one of the most important mainstream superhero comics of all time. This year, four issues of Grant Morrison’s epic jaunt through the DC multiverse came out; each a single done-in-one issue tackling a different parallel universe. In a typically Morrison way, the through line is a supposedly cursed comic enabling an evil alien entity known as the gentry to break through worlds and edit them out of existence. It’s a commentary on superhero comics, but first and foremost it is a love letter to superheroes. The highlight so far is Pax Americana, which takes the Charlton Comics characters Alan Moore wanted to use for Watchmen, and homages Watchmen with them. It’s a perfect comic, with stunning artwork from Frank Quitely, and it’s better than any single novel I read in 2014.

Lucy Chatburn: With the disclaimer that I am an enthusiastic and unashamed member of the Cult of Mitchell, this year I’m voting for The Bone Clocks.  Beginning in the 1980s, the story follows teenager Holly Sykes into old age, interspersing normal life events with freaky supernatural adventures (this is the first of David Mitchell’s books where I’ve really got the Murakami comparisons).As long as you’re happy to embrace the ridiculous, it’s great fun to read. Mitchell shows obvious delight in his language, and the storytelling is captivating as always. Harry Potter for words nerds.

Thom Cuell: My book of the year is Zone by Mathias Enard, published by Fitzcarraldo Editions. Zone is a staggering literary achievement. The novel consists of one sentence, stretched across 14 chapters, and gives a shadow history of twentieth century European conflicts and intrigues from the point of view of a Frenchman of Croatian descent, who fought in the Balkan wars before joining the French secret services. A novel written on the grandest scale, with the ambition of creating a modernist prose epic with the scope of Homer or Ezra Pound’s Cantos, Zone is at once beautiful and encyclopaedic.

Jim Dempsey: I reviewed the new novels by David Mitchell and Will Self, and read many more by established authors this year, but the one book that stands out for me is Kenneth Calhoun’s debut, Black Moon. It’s a kind of zombie/dystopia mashup, although it’s unlikely I’d ever read any book based on a description like that. But, Calhoun explores the genre with the thoroughness of José Saramago while employing the vision of J G Ballard. The story takes place in a world where only a few people can still sleep, and they’re fiercely envied by the many who can’t. Everyone – insomniac and sleeper alike – is a victim, and there’s no white stallion-riding hero here to save the day. Black Moon is the kind of page-turner that won’t let you sleep.

Benjamin Judge: 100 words is not enough for what has been a bumper year for fiction. I’m just going to list books until I run out of words. So… In the Approaches by Nicola Barker, Nora Webster by Colm Tóibín, Someone Else’s Skin by Sarah Hilary, The Beauty by Aliya Whiteley, All My Puny Sorrows by Miriam Toews, Navidad & Matanza by Carlos Labbé, Bark by Lorrie Moore, When the Night Comes by Favel Parrett, A Song for Issy Bradley by Carys Bray, The Visitors by Simon Sylvester, Young Skins by Colin Barrett, Karate Chop by Dorthe Nors, Can’t and Won’t by…

Maia Nikitina: My obsession with Nordic literature started off this year with A Death In The Family by Karl Ove Knausgard and was further nourished by the brilliant Per Petterson and his novel I Refuse. Petterson’s writing is at once poetic and matter of fact, focused on his favourite themes of family and loneliness, and deeply pleasurable to read. Two childhood friends meet on a bridge years after their last meeting. It is clear that they both still live in the past they had shared, and as we dip in and out of their memories, a rich and complex story emerges. I Refuse is first on my re-reading list for the new year.

Valerie O’Riordan: Most of the truly excellent books I’ve read this year haven’t been from 2014: I finally got to Joseph Roth’s The Radetzky March, for instance, and loved its mix of satire and poignancy. Sarah Hall’s heartbreaking Haweswater was gorgeously written; Ben Marcus’ harrowing and innovative The Flame Alphabet was maybe the most viscerally horrible book I’ve read in years; Eimear McBride’s A Girl is a Half-Formed Thing was startling brilliant and, bonus, it feels like it’s singe-handedly injected new life into the publishing industry. Anthony Doerr’s Memory Wall is probably the best story collection I’ve ever read, and, likewise, Chris Adrian’s The Children’s Hospital, despite its sprawling digressions and apparent lack of focus, is the most memorable and impressive novel I’ve read in a very long time: it’ll be hard for any title to dislodge it from the top of my pile. Looking at 2015, though, HiIary Mantel’s The Assassination of Margaret Thatcher takes the gong for short fiction – it proves her as a master of many a genre – and Gary Shteyngart’s Little Failure: A Memoir kicked the asses of all the longer works, novels and non-fiction alike. Funny, sad, fascinating – even if, like me, you’re generally bored silly by memoirs, this will hook you. Promise. 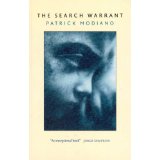 Joe Phelan: Patrick Modiano’s The Search Warrant for me. While reading an old back issue of Paris Soir the narrator reads a notice looking for a young girl named Dora Bruder who apparently has gone missing from her convent boarding school. To further complicate matters the girl in question is Jewish and the date of his disappearance is December 1941. Paris at the time is occupied by Nazi Germany. The story of Dora Bruder’s disappearance intrigues the narrator and immediately he sets out to discover as much about her as possible. He walks the streets of Paris and searches through the many layers of French bureaucracy but all he can discover are fragments of a life. Part biography, autobiography and detective story The Search Warrant is a short intense novel that can be read in a single sitting. 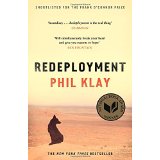 Tamim Sadikali: The written word is never more powerful than when it challenges assumptions – prejudices – re-calibrating our view of the world, if only for a moment. Redeployment by Phil Klay, a collection of stories about US soldiers in Iraq and Afghanistan, stood out for several reasons: the writing per se was electric and the stories multi-layered. Here was work that was nuanced, brutally honest and original. Most importantly, however, it carried a payload: the ability to genuinely shake the reader. That I invested emotionally in characters who, I will admit, I am as hardwired as is possible to loathe, is testament to writing of exceptional quality. The collection in particular, and the author in general, have a ‘voice’ that demands to be heard.

Fran Slater: For me, there’s not a great deal of competition for the best book published this year. Smith Henderson’s Fourth of July Creek blows everything else out of the water. A debut that mixes the storytelling prowess of an early Stephen King with the prose stylings of Cormac McCarthy, Fourth of July Creek tells the multifaceted tale of Peter Snow. A social worker who has plenty of his own problems meets Benjamin and Jeremiah Pearl, a feral child and his outlaw father. The Pearls are two of the best characters in modern fiction and their story is one that will intrigue and devastate. Read it now. We Are All Completely Beside Ourselves by Karen Joy Fowler and Elmear McBride’s A Girl is a Half-Formed Thing both made a huge stir in 2014 and each is hugely affecting in its own way. Both were also, technically, published in 2013. So I shouldn’t really be mentioning them here. But they’re both bloody brilliant, so I have. 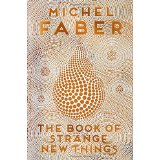 Peter Wild: Loved Paul Lynch’s The Black Snow, loved Anthony Doerr’s All The Light We Cannot See, loved Jillian & Mariko Tamaki’s This One Summer, loved re-reading Dubliners for the umpteenth time, loved Nina Bunjevac’s Fatherland, loved Bryan Lee O’Malley’s Seconds, loved Owen Jones’ The Establishment, loved Benedict Cumberbatch reading William Golding’s The Spire, loved Some Comics by Stephen Collins, loved Richard Ford’s Let Me Be Frank With You, but most of all and more than all of these, loved Michel Faber’s The Book of Strange New Things. If I had to recommend a single book this year it would be that one.

That’s all from Bookmunch in 2014. We’ll see you in 2015! Have a great Christmas and New Year from everyone at Bookmunch.